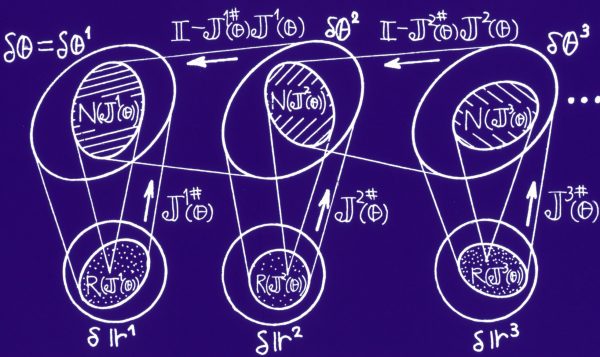 The original idea of the task-priority based control of redundancy was presented by Yoshihiko Nakamura in 1979 at an internal research meeting of the late Professor Hideo Hanafusa’s Laboratory in Kyoto University. The whole task of a redundant robot system is divided into tasks with multiple levels of priority. A task of lower priority is resolved in the common subspace of the null spaces of the Jacobi matrices of the tasks with higher priority in inverse kinematics. The practical computation is formulated using the pseudo inverses. The concept is widely accepted in high degrees-of -freedom robot systems like humanoid robots, where the position of the center of mass is usually given the first priority relatively to the foot of supporting leg, the position and orientation of the foot of swing leg is given the second priority, then the other parts of bodies are given the lower priorities.